Turkey's Economy Minister, Nihat Zeybekci emphasized the importance of the economic cooperation between Turkey and Luxembourg.,Zeybekci has obtained the promise of support from Luxembourg for important issues in Turkey's bid for EU admission. He also said that heisgrateful to haveLuxembourg's full support in Turkey's bid forEU accession and that he anticipate progress regarding the dual relations during Luxembourg's EU presidency term which begins insecond half of next year.

Schneideralso explained his plans to make a revisit to Turkey in Feb of subsequent year to serve urge trade ties between dual economies.

The dual officials also signed a number ofprotocols forcooperation at the meeting. 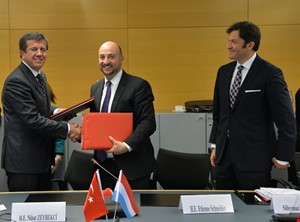 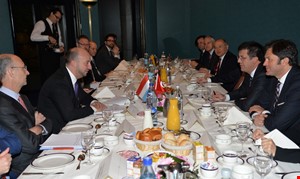