The Turkey-Canada Business Forum was held with the organization of the Turkish Exporters Assembly (TIM). Suleyman Kocasert, Deputy Chairman of TIM and President of DENIB, and delegation of 40 people consisting of businessmen who are the Exporters Associations' members represented our country during the Business Forum. The TIM Delegation was also accompanied by Selcuk Unal, Ambassador of Ottawa, and Erdeniz Sen, Consul General in Toronto.

Reza Mouridi, Minister of Innovation of the Ontario Province; Denzil-Minnan-Wong, Deputy Mayor of Toronto and many Canadian businessmen were also present at the organization which was in University of Toronto Club to discuss cooperation opportunities between the two countries.

CANADA IS ONE OF THE PRIORITY MARKETS OF TURKEY

Suleyman Kocasert, Deputy Chairman of TIM and President of DENIB, made evaluations in the morning session of the program. According to Kocasert's assessments; stated that the two countries have been friends and allied for many years, he also underlined that Canada is among the priority markets for Turkey and that they are willing to carry out many joint projects with Canada.

Kocasert continued his words as following: "In the North American market, we see Canada as the most powerful country after the United States. In the near future, we believe that we will carry out many medium and long term projects with Canada and we will carry the foreign trade figure between the two countries to the top.” 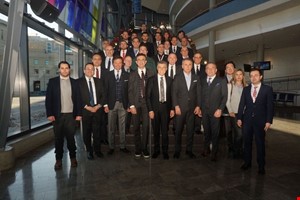 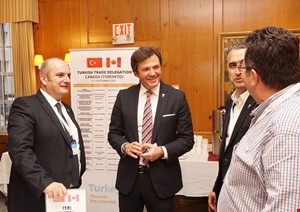