Within the scope of "Clustering Project” which is executed by Denizli Exporters' Association (DENİB) with the supports of Ministry of Economy; DENİB took part in "Global Home Show” with 19 of its member firms between the dates of 27th of September- 1st of October.

The Relationships was developed by promoting activities..

Promotion of bathrobes with the logo of "Turkish Towels” was performed at the coctail which was executed by "Home Textiles & Today” ,one of the pioneers of textile sector and the organizer of "Global Home Show” on the 27th of September. The special bathrobes with the logo of "Turkish Towels” was displayed by the models during the activity. While the Turkish towels with its well- quality were winning the recognition, our member firms had the opportunity of meeting the leaders of the sector. Promotion catalogues of the Cluster and hand towel as a present was presented to the contributers which was interested in the promotion desk of DENİB.

On the other hand, on the 29th of September, "Reception of Cluster Promotion " which was arranged cooperation with the New York Chamber of Commerce, was executed at Prince George Ballroom. In this way, both delegates of the firms from Denizli had the opportunity of meeting with the firms attended to reception and the products introduces to the contributers.

More than 20 firms from ABD visited the boots of DENİB..

During the dates between the 28th of September and 1st of October, Firms from ABD and firms from Denizli executed B2B meetings and developed trade relationships as visiting the firms which exhibited their products.

DENİB took wide part the media of ABD, as well..

Promotion of the programme and informations of the contributers were delivered to numerous buyers via several publications including notably Home Textile Today and HFN. Furthermore, the promotion of DENİB Home Textile Cluster performed by social media accounts created.

Süleyman Kocasert, Deputy Chairman of TIM and President of DENİB asserted that was the third time that DENİB had taken part in Global Home Show and the president indicated that in past Denizli had exported serious quantities of products to ABD market. As the estimation of the period of the world economy, KOCASERT stated that DENİB had been in New York to get the new opporunites and to be active in ABD like the past. 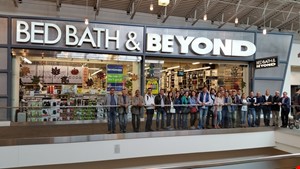 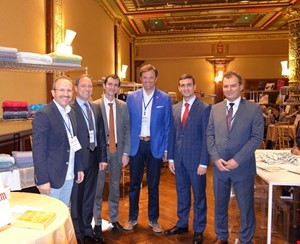 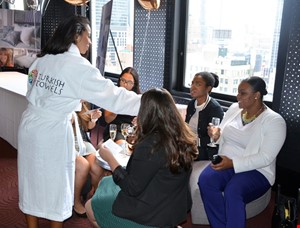 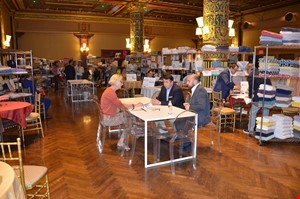