In order to draw attention to branding in Turkey and to bring in young and creative designers to the sector the launching meeting of DENIB Fourth Annual Home and Beach Wear Design Contest themed " Dream and Fancies” was held on February 13, 2015 in the DENIB Conference Hall with the participation of press members.

Deputy Chairman of Turkish Exporters' Assembly and President of Denizli Exporters' Association, Mr. Süleyman KOCASERT emphasized the importance of the contest through his statements : " Each year, we are attracting the attention of many people through our contest increasingly. I believe that we contribute to publicity of Denizli, one of the textile capital of Turkey, through such events and take this mission as a duty. In order to contribute to Turkey's national goal of reaching 500 billion USD export volume by 2023, we aim to lay stress on the importance of branding and innovation. I hope to have an auspicial and good contest this year as the previous ones.”

The Contest Committee President, Mr. Murat TOSUNOĞLU stated that it wouldn't be wrong to say that we have succeeded to traditionalize the contests. He continued his speech with the statements of " We believe that we will host a dreamlike contest this year as defined in the theme of the contest. Besides, we hope that we will be able to shape the futures of young designers who will take part in the contest.”

The owner of RÖNESANS AGENCY and the organizer of DENİB Fourth Home and Beach Wear Design Contest, Mr. Akif ÖRÜK was among the attendee of the launching meeting and said : " As RÖNESANS AGENCY, we has been taken over that business since the first contest. I think that it is a great success for us to undertake the forth one. We will make unprecedented organization this year.”

The Members of the Contest Committee, Mr. İsa DAL and Mr. Bekir Serdar MUTLUBAŞ were also among the participants of the meeting.

After the launching meeting, the Academic Member of Haliç University, Mrs. Nuray KARŞICI and the name designer Mrs. Simay BÜLBÜL made a presentation about the theme and the concept of DENIB 4 th Annual Home and Beach Wear Design Contest and interviewed with the young designers.

The deadline for DENIB Fourth Home and Beach Wear Design Contest is May 29, 2015. 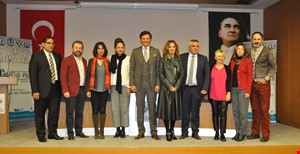 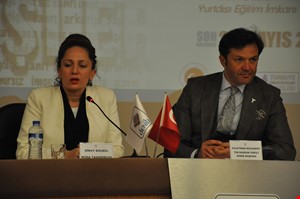 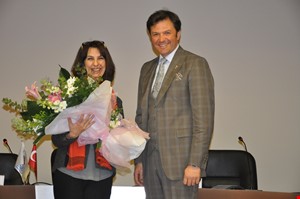