Heimtextil , the world's largest home and contract textiles fair, has started on January 14, 2015 in in Frankfurt Messe in Germany. A total of 160 Turkish textile firms including 47 members of Denizli Exporters' Association will be attending the fair and opening stands in Heimtextil 2015 during three days.

Minister of Economic Affairs of Turkey, Nihat ZEYBEKCI and The President of Turkish Exporters' Assembly, Mehmet BÜYÜKEKŞİ visited the booths of Turkish textile companies attending the fair in the first day of the fair. Heimtextil 2015 has received a great deal of attention from Turkish textile firms. It is remarkable that " Turkey Discover the Potential”, new logo and new slogan of Turkey to promote Turkey as well as Turkish products worldwide, is used by Turkish firms which open stands in Heimtextil 2015.

The Support from Denizli Protocol to Denizli firms 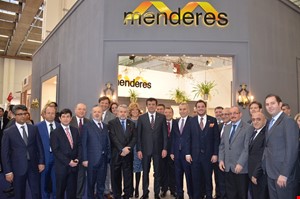 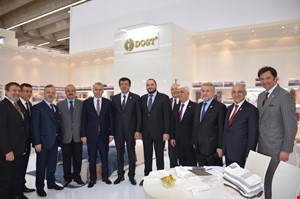 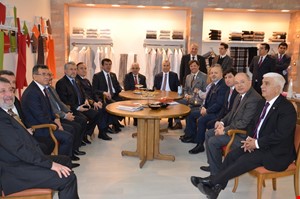