A delegation from Turkish Exporters' Assembly (TİM) was at a research visit to European Organization for Nuclear Research (CERN) between the dates of 28-29 July, 2014.

The students who were selected among the participants after "Innovation Week” organisation of Turkish Exporters' Assembly were in the delegation, too.

"There are lessons to take from CERN”

As Süleyman KOCASERT stated regarding to CERN visit, there are many lessons to take from CERN. He said: "We observed the importance of wonder and research in CERN very closely. For decades, scientists have been researching, studying and inventing. When we look from the aspect of the business and export, it is easy to catch some similarities. One has to focus on R&D and Innovation strategies in order to survive in global competetion.” 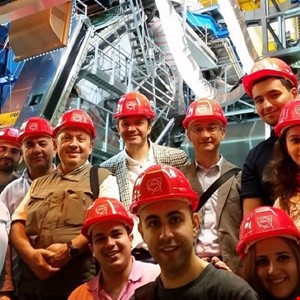