14th Turkish Foreign Investments Panel was held by Denizli Exporters Association (DENIB), Dünya Newspaper and NRW.INVEST Turkey on 12th of December, 2017 in Dedeman Park Hotel. At the panel which Suleyman Kocasert, Deputy Chairman of Turkish Exporters Assembly and President of DENIB was also turned out, "Company mergers, acquisitions and offered opportunies by the North Rhine-Westphalia (NRW) Region including the cities of Mönchengladbach, Cologne, Düsseldorf, Dortmund and Essen as an investment and commercial center” were discussed.

At the panel whose moderator was Talip Aktaş, Editor-in Chief of Dünya Newspaper, Suleyman Kocasert, Deputy Chairman of Turkish Exporters Assembly and President of DENIB, stated that Germany which has a strong relationship with Turkey for many years is one of the leader countries both for our province and for our country in terms of foreign trade and investments. For this reason, Kocasert underlined that the Customs Union must be completely renewed in order to solve the problems in our trade with EU countries, especially Germany where Turkey export the most.

Dr. Adem Akkaya, Invest Turkey Representative Manager, stated that NRW is an important opportunity for companies wishing to invest in Europe and in NRW as one of the metropol regions like Istanbul, 500 thousand of 18 million total population are Turkish people. Akkaya also underlined that NWR, the biggest exhibition centre of the world, is the most preferred region by the foreign investors of Europe and NWR where Japanese, Chinese and American companies invest is also the right adress for Turkish firms.. 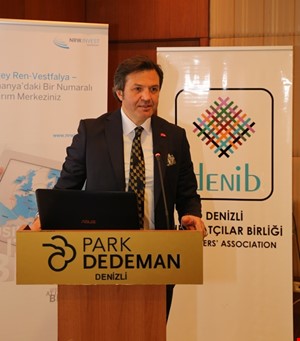 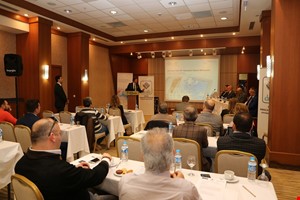 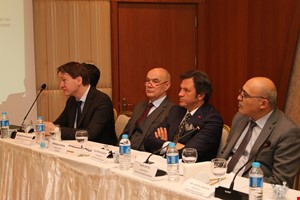