Turkey took place as a partner country this year at the Fair which is held since 2010. Mr. Hüseyin Memişoğlu, the President of DENİB, evaluated the Fair and stated, Denizli's machinery sector exports increased by 24 percent in 2018 and reached 51 million USD. In the first 6 months of 2019, it increased by more than 50 percent compared to the same period of the previous year and reached 32.5 million USD. He continued as follows:

Innoprom Fair is one of the leading fairs in the sector. Participation in this fair, especially from Russia and its close geography, is quite intense. We, as Denizli Exporters Association, took our place in Innoprom Fair and informed the participants and visitors about the machinery sector of our province.” 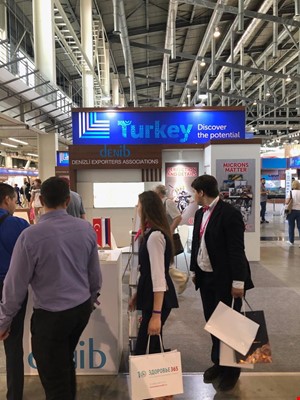